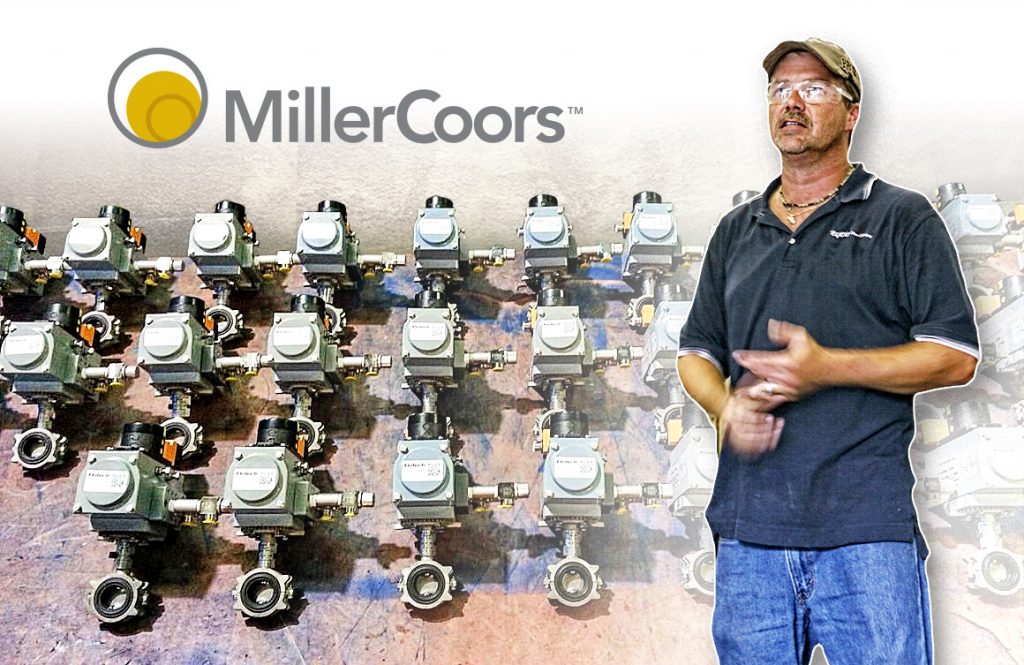 Miller Coors needed to upgrade and automate their wort processing line as part of a planned conversion from a coal fired boiler to one using natural gas. Flotech provided the valves, AS-i actuation equipment and the valve experts to manage the installation, they brought the beer.

Brewing beer is an age old process and one of the first steps is making the starter wort.  Wort is the liquid extracted from the mashing process and contains the sugars that will be fermented by the brewing yeast to produce alcohol. Needless to say if this process doesn’t go well, the beer wouldn’t be great.

At Miller Coors, they are passionate about the beer business and failure was not an option.  The higher operating temperatures on the  new line called for Keystone Teflon lined butterfly valvesand Keystone actuators.

The AS- interface (AS- i, Actuator Sensor Interface) is an “open” industrial networking solution used for connecting simple input/output devices such as actuators, sensors and push button devices using a single 2 conductor cable. Mark Umphress , Flotech Valve Services Manager,  said that “ The AS- i network was very straightforward to install and offers customers a less expensive alternative to higher level fieldbus networks like Profibus and DeviceNet.

While not appropriate for every automation task it is being adopted by customers for applications in food production and bottling lines”. Miller Coors uses the AS-I protocol on several process lines within the plant.