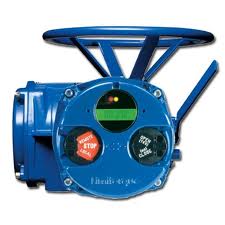 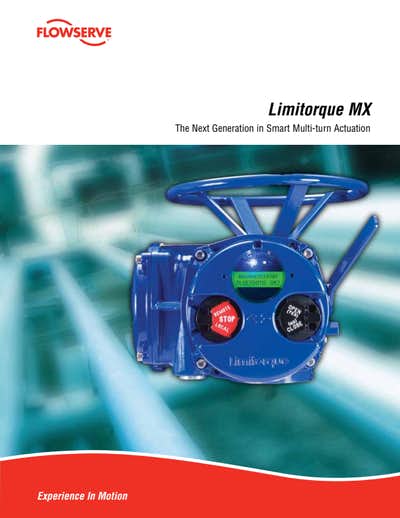 The Limitorque MX has been readily accepted into all major market segments, including Power Generation, Petro-chemical, and Water/Waste Water Treatment. The Limitorque MX is the platform for current and future network developments, including Modbus DDC, Foundation Fieldbus H1, Profibus DP_V1, Profibus_ PA and is now available with DeviceNet. The Limitorque MX can easily be distinguished from other smart valve actuators with its absolute encoder that doesn't require battery back-up and features B.I.S.T.(Built In Self Test)capability for self-diagnosis. Additional Limitorque MX features include easy configuration in nine languages, LimiGard circuitry, which safeguards the actuator from spurious electromagnetic interference.

The Limitorque MX can provide torque output of up to 1700 ft.lbs. Several enhancements have been made to the MX, including replacement of an outdated perforated through-hole PCB controls set with SMT (Surface Mount Technology) controls in 2003. An improved ACP (Actuator Control Panel) with recessed knobs and solid-state Hall-effect devices in lieu of reed switches has replaced the original controls cover.

We are here to help. Experience is only a click away.